A research-based meditation by Tara Well, PhD called
“a revelation”
in the New York Times

From self-criticism
to self-compassion.

Learn to see yourself
with kinder eyes.

Motivational psychologist Tara Well, PhD has created Mirror Meditation based on the neuroscience of mirroring and psychological research on stress-management, self-compassion, and emotional resilience.

Based on the three principles of mindfulness meditation:

Mirror Meditation is a mindful practice for increasing your self-awareness, managing stress and emotions, developing self-compassion, and increasing your confidence and personal presence.

Our research is exploring the effects of mirror meditation in the laboratory. Preliminary findings show that students who looked at themselves in the mirror for 10 minutes a day in silence with no goal other than to be present with themselves reported better stress management and more self-compassion after just 2 weeks.

When we ask people what changes they notice from doing mirror meditation, three themes stand out.

The mirror makes people more aware of just how much they criticize themselves – whether it’s their appearance or something else about themselves that they habitually find unacceptable. The mirror brings it to light. The mirror will reveal just how much your criticisms are affecting you. Then you’ll have a choice, and a practice, to treat yourself with more self-acceptance and self-compassion.

The mirror reflects your facial expressions with exquisite accuracy. So you’ll become more aware of how you’re feeling moment-to-moment, which can be a bit surprising at first. The mirror allows you to work with your emotions from a different perspective. Your capacity to feel and accept a broader range of emotions will grow as you do the practice. Awareness and acceptance of your own emotions is the foundation for developing emotional resilience.

Many people notice a positive impact on their relationships. This is an added bonus you might not be expecting because the meditation is designed to help you improve your relationship with yourself. It also allows you to be much more aware of how you are seeing others and being seen by them. By practicing giving yourself your full attention, you’ll develop greater capacity to be present with others and feel more comfortable and confident in face-to-face communication, so the quality of your relationships will improve. 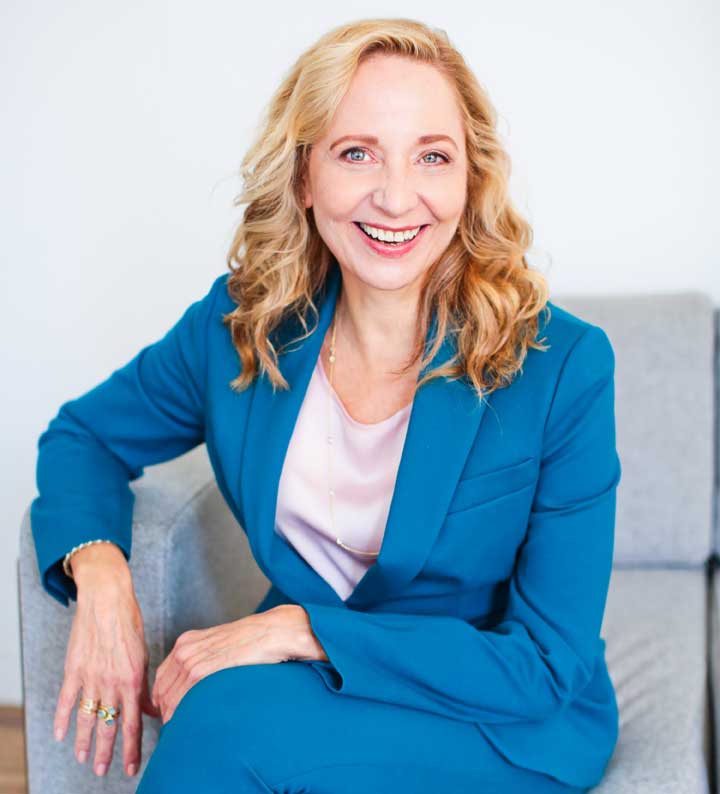 “The mirror was my favorite childhood toy, but as I grew older it became a vehicle for self-criticism and scrutiny of my appearance.  In recent years, I re-discovered the mirror as a transformative tool for meditation. Based on my work as a psychologist and research scientist, and many years of meditation practice, I developed this mirror-based meditation program and taught hundreds of people to see beyond their surface appearance, release their self-criticisms, focus their attention, and develop kinder self-awareness.” – Tara Well, PhD (Founder, Mirror Meditation)

Tara Well, PhD is a mirror-gazing expert, as well as a research scientist, motivational psychologist, and professor of psychology at Barnard College of Columbia University where she has taught Personality Psychology, Health Psychology, and Psychology of Leadership for over 20 years. Her research on motivation, perception, and cognition has been funded by the National Science Foundation and the National Institute of Mental Health, and published in the top psychology journals.

Dr. Tara Well partners with major companies in the health and beauty industry and works with national and international organizations. Recent projects include promoting positive body image in girls and women, using mirror meditation for stress-management and emotional resilience, and the role of attention and motivation in mindful media consumption. 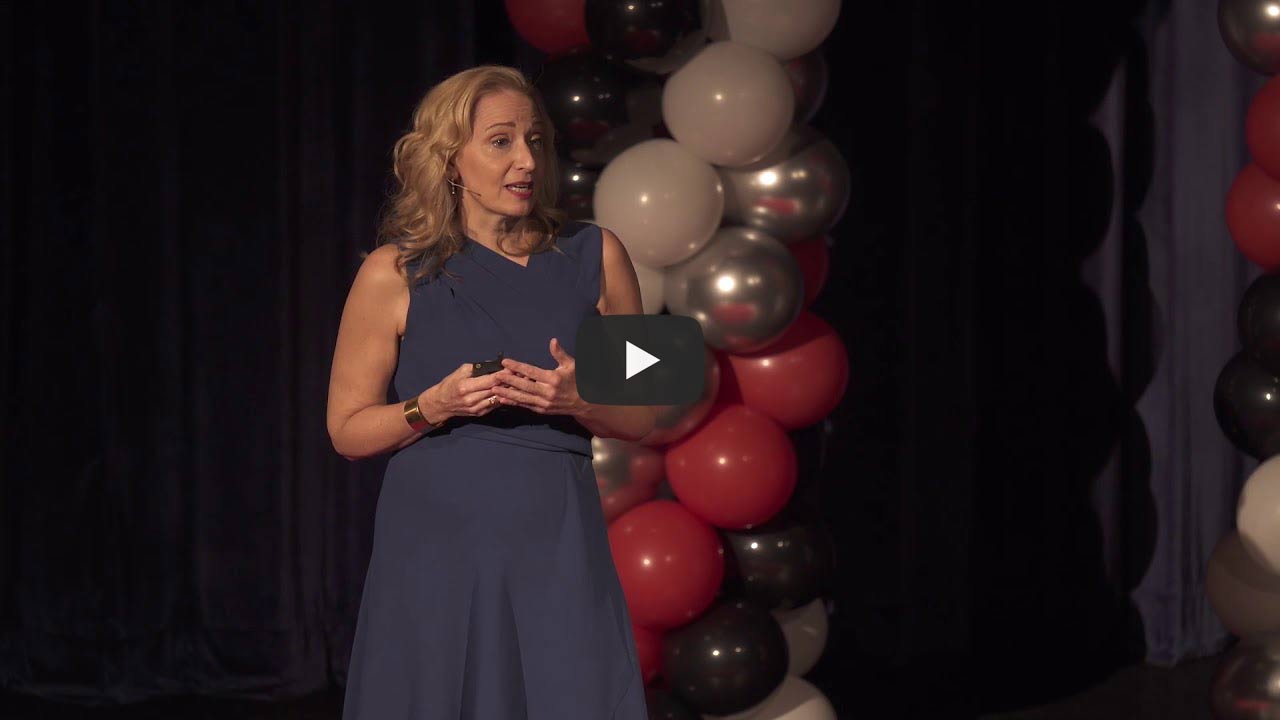 What Mirror Meditation Can Teach You

Tara Well, PhD presented her TEDx Talk in Ocala Florida on November 2nd to a sold out crowd. She tells her personal story of the importance of mirrors in her own life, and shares her amazing research findings. Learn how a simple mirror can shift self-criticism to self-compassion, help you better understand your emotions, and improve your face-to-face communication.

Is Mirror Meditation a form of therapy?

Mirror Meditation is a cognitive-behavioral technique. It is not substitute for individualized mental health therapy provided by a licensed mental health professional. I make no claim to cure, treat, diagnose, or otherwise provide mental or behavioral healthcare. I simply serve as a meditation instructor and offer suggestions to guide your process of greater self-awareness, and hold a positive intention for your psychological growth, health and happiness.

Mirror Meditation does not increase narcissism. Our research finds it increases self-awareness by increasing your awareness of your thoughts and feelings. Mirror Meditation is a silent mindful meditation – so it does not involve positive affirmations and self-adoration exercises. Instead, it facilitates honesty and acceptance – and ultimately self-compassion. Mirror Meditation helps you see underneath your public self-image and discover your true self. You’ll learn to see all aspects of yourself – the positive, the negative, and all shades of grey. As you practice self-acceptance and authenticity, the need for validation and admiration from others can become less important. You’ll be more open and honest and genuinely curious about others — which is a less narcissistic, self-involved way of relating to others.

What if I don’t like looking at myself in the mirror?

Mirror meditation may be very beneficial for you. People usually avoid looking at themselves in the mirror because their image activates uncomfortable thoughts and feelings – either about their appearance or something else about themselves that they don’t like. Seeing your own face may evoke feelings of shame, sadness, fear, anger, or disgust. Avoiding mirrors may keep you from feeling these negative emotions, while looking directly at yourself in a mirror may initially intensify these feelings. So it makes sense that you’d want to avoid looking in the mirror – but the problem of self-criticism and its negative influence on your wellbeing remains. Mirror meditation can help you shift from self-criticism to self-compassion, if you are willing to take a look!

How is Mirror Meditation related to other forms of meditation?

Mirror meditation is based on the three principles of mindfulness meditation: attention in the present moment, open awareness, and kind intention toward oneself. Meditation is often done with eyes closed. Some traditional forms of meditation involve gazing at the fixed point, known as a Drishti. Having a focal point like a candle flame or even a spot on the wall can help focus your attention. Focusing on yourself is more complex and powerful. You’ll become more mindful of the thoughts and feelings evoked by seeing your own image – and able to work with them from this unique perspective.

Does Mirror Meditation involve saying positive affirmations in the mirror?

Mirror meditation is a silent mindful meditation. You sit with yourself in silence and experience whatever arises. Although saying positive affirmations like, “I love myself” and “I am beautiful” in the mirror can be helpful to temporarily change your state of mind, being silent as you gaze allows you to see yourself in an honest and deep way. As you build tolerance for being present with yourself without needing to do or say anything, you’ll develop more self-acceptance and self-compassion will naturally arise from your experience.

“I took part in a meditation practice pioneered by a colleague at Barnard, Tara Well, called “Mirror Meditation,” which is pretty much what it sounds like: You sit before a mirror with your face (and body) at rest, with the deceptively simple goal of ‘being in the present moment with open awareness and having a kind intention toward yourself.’ When I first embarked on this practice I feared it would be too — well, I believe the technical term is ‘woo-woo.’ But it was a revelation.”

– Jennifer Finney Boylan, Writer in Residence at Barnard College of Columbia University, New York Times op-ed columnist, and author of 15 books including the National Bestseller, She’s Not There

“It was a profound exercise in cultivating insight: I saw inside of myself in a way that I am not used to, and really felt the movement of my criticisms as they arose. The sharp awareness I developed was painful, but paradoxically liberating. If you can experiment with the idea of looking at yourself the way a stranger might look at you, you’ll at least find that those [criticisms] aren’t even there. You may even fall a little bit in love.”

Any cookies that may not be particularly necessary for the website to function and is used specifically to collect user personal data via analytics, ads, other embedded contents are termed as non-necessary cookies. It is mandatory to procure user consent prior to running these cookies on your website.

We respect your privacy. Your email will not be shared with third parties.

Sign up for your Mirror Meditation Practice Guide
[mc4wp_form id=”1122″]